Crushing your workouts, eating clean, and still not seeing results? The experts behind The Bikini Body Diet reveal why you may not be losing belly fat

You Fall Short On Magnesium 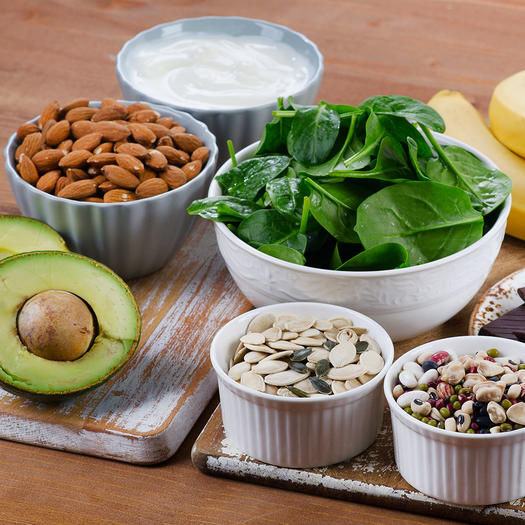 Our bodies require magnesium for more than 300 chemical reactions, including keeping heart rhythm steady and regulating blood sugar levels, but in addition to its health benefits, this nutrient may also aid in weight loss and losing belly fat. A 2013 study in the Journal of Nutrition found that higher magnesium intake was associated with lower levels of fasting glucose and insulin (markers related to fat and weight gain), and one study from England found that a magnesium supplement may have some beneficial effects on reducing fluid retention during the menstrual cycle, meaning you’ll feel less bloated.

Use it to lose belly fat: Eat more magnesium-rich foods, such as leafy green vegetables, beans, and nuts. Or talk to your doctor about taking a supplement. The recommended amount of magnesium for women under 30 is 310mg, and 320mg for women 30 and over. 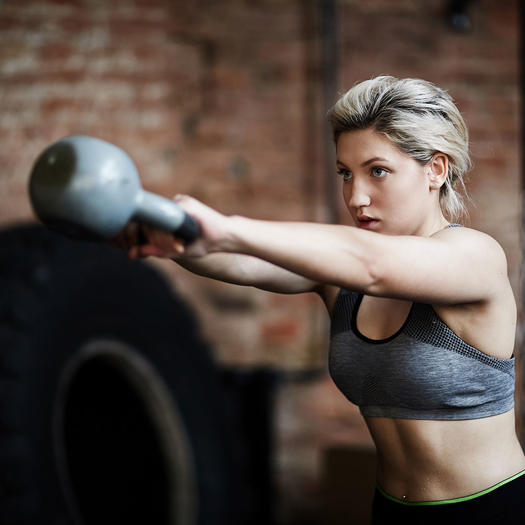 Many people turn to steady-state cardio workouts, like long jogs, when trying to slim down. The problem with this approach: A 45-minute run at a consistent pace may help you shed pounds at first, but soon your metabolism will adjust and you’ll stop burning calories the moment you hop off the treadmill.

A better and more effective way to lose belly fat? Weight training. Lifting weights creates micro-tears in muscle that take more energy (i.e. burn more calories) in the healing process, which can last up to two days after your training session. In particular, research has found the most effective workout for fat loss is high-intensity interval training, or HIIT, which raises your heart rate while also taxing your muscles. In fact, one study from the United Kingdom found that sprint training helped study participants lose inches from their waist and hips after just two weeks on the program, while a University of Arkansas study found that people who exercised with high intensity experienced a 20 percent decrease in abdominal fat. (Fat loss isn’t the only health benefit of HIIT.)

Use it to lose belly fat: You can create a HIIT program with any sort of exercise, including cardio workouts such as running, swimming, cycling, or rowing, as well as full-body strength workouts. 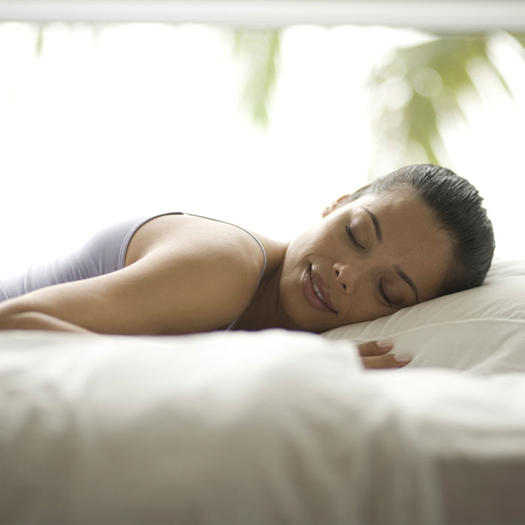 More than half of American women feel like they’re not getting enough sleep, according to a survey conducted by the Better Sleep Council. And this lack of ZZZ’s can have serious consequences—especially if you’re trying to lose fat. A study in the American Journal of Epidemiology found that women who slept five or fewer hours per night were 32 percent more likely to experience major weight gain over 16 years than those who got more sleep. Plus, according to a study from the New York Obesity Nutrition Research Center, when women got four hours of sleep instead of eight, they consumed more than 300 extra calories a day, mostly from fatty foods. Why? Too little sleep causes an increase in a hormone called ghrelin that stimulates appetite.

Use it to lose belly fat: Get the expert-recommended seven to nine hours of sleep a night. To ensure quality slumber, remove distracting electronics from the bedroom; keep your room cool (your body sleeps best at around 65 degrees); avoid caffeine after lunch; and try to maintain the same sleeping schedule, even if it means getting up at the same time on weekends. 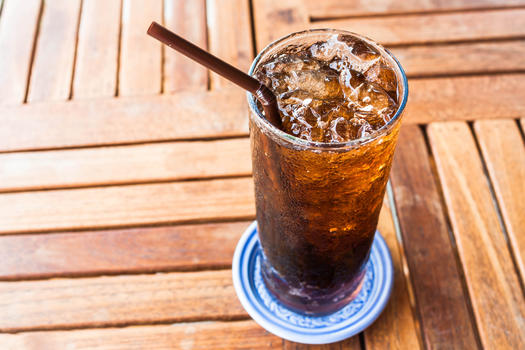 Sugary soda, packed with empty calories, is obviously a diet disaster, but even the no-calorie version can expand your waistline. A 2012 study published in the journal Obesity found that regular soda was associated with increased waist size and abdominal fat, but diet soda was associated with increased waist size, BMI, and total percentage of fat. One theory why this happens is the artificial sweeteners in diet soda don’t produce the responses your body expects when you eat something sweet. So, the sweet taste of a diet soda triggers a message to your body to expect an influx of energy, which won’t arrive since there are no calories in diet drinks. This interferes with your body’s hunger signals and causes you to crave (and consume) additional calories to make up for the lack of calories in diet soda. (Not to mention, diet soda has also been linked to stroke and dementia.)

Use it to lose belly fat: Stop this vicious cycle by making water or unsweetened tea your standard drinks with meals. If you’re bored with H20, sweeten it with slices of fruit. Coffee is also fine, but minimize high-calorie additions.

Your Diet is Packed with Salt 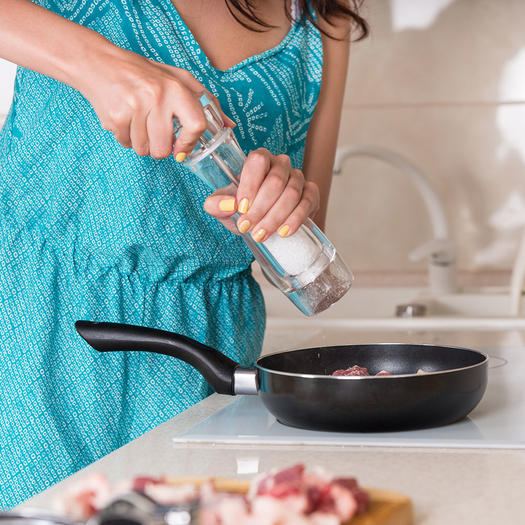 If you’ve ever felt bloated after a salty meal, it’s not in your head. Excess salt causes water to move from your bloodstream into your skin, which is why a daily dose of Doritos will give you a puffy look. Nearly 90 percent of people consume more than the recommended 2,300mg sodium per day. So even if you’re not pouring on the table salt, you’re likely getting more sodium than you need through other sources such as canned foods, salad dressing, deli meats, and even some dairy products like cottage cheese. (But keep in mind that you do need somesalt and that the low-sodium diet rule is being debated.)

Use it to lose belly fat: Avoid adding salt to your meals. Instead, boost flavor with spices and herbs, many of which have added health benefits as well. Try cooking with delicious flavors like cinnamon, chili powder, cayenne powder, cumin, ginger, basil, parsley, and rosemary—we promise you won’t miss the belly-bloating salt.

You Drink Too Much 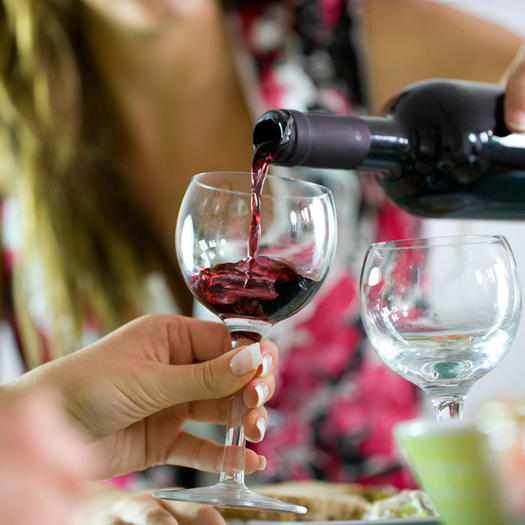 Several studies show that alcohol can increase appetite and food intake, and certain types of alcohol are associated with belly fat specifically. If you’re an ale aficionado, be especially mindful of your consumption: One 2013 study review from Denmark suggests that intake of beer is associated with abdominal obesity, while a German study found that lifetime consumption of alcohol is positively related to abdominal fat in 160,000 women. (Not to mention, drinking too much alcohol can mess with your fitness goals.)

Use it to lose belly fat: It’s fine to enjoy a glass of wine or clear liquor every so often with a meal. But avoid soda and sugary mixers, like those used for daiquiris and margaritas. The good news? There’s no need to cut out booze completely. In fact, a 2010 study published in the Archives of Internal Medicinefound that normal-weight women who consumed a light or moderate amount of alcohol gained less weight and had a lower risk of becoming overweight or obsess during nearly 13 years of follow-up than even non-drinkers. (That’s why moderate alcohol consumption is one way to maintain a healthy weight over time.)

Keto Smoothie Recipes That Won’t Kick You Out of Ketosis

The Unhealthiest Salads at Your Favorite Lunch Spots 4 min read

The Unhealthiest Salads at Your Favorite Lunch Spots

The Healthiest Sushi Rolls to Order

Detox the Right Way with These Clean Green Juices